Did "The Hartford" Fall Thru a Crack? Part 2 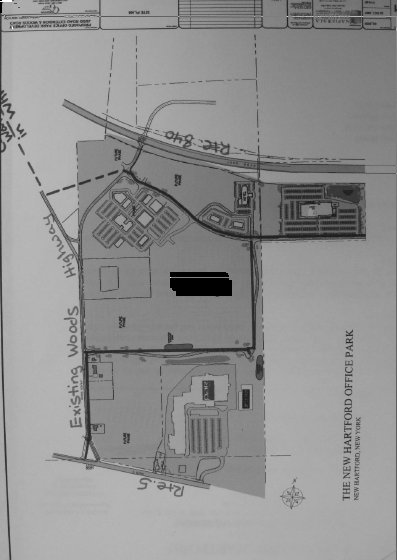 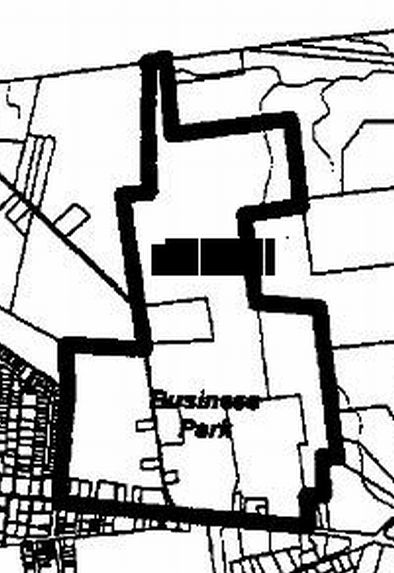 This is a followup to September 2008's post on the New Hartford Business Park.

The picture on the left comes from the November, 1999, Final Environmental Impact Statement (FEIS) for the New Hartford Business Park. The picture in the middle was drawn last fall for "The Hartford" development, with "The Hartford" building and parking lot sitting in a projection to the right side of the photo (i.e., to the right of the area marked "Orchard" in the first photo). The third picture is from the Town Code §118-41.1, and shows that the official boundaries of the Business Park District are the same as those depicted in the FEIS.

What this proves is that "The Hartford's" office building and parking lot are NOT within the boundaries of New Hartford's "Business Park District" and, therefore, should have been reviewed by the Planning Board irregardless of the "private panel" that the Observer-Dispatch now complains about.

Either someone does not know how to read a map, or it did not matter what was on the map.

The letter from the Town Planner to Mr. Adler indicates that Town "Staff" reviewed his proposal and approved of it, including the location of the building.

Between what is posted here and what is posted on New Hartford Online Blog, there is more than enough material for either the Observer-Dispatch or the Utica Daily News to question Town Officials on what really went down, if either cares to do so. The logical starting points would be the Town Planner and the Town Engineer.

5PM Update: Looks like they've circled the wagons and are now closing the barn door (inviting public involvement) after the horse has been let out (approval of "the Hartford" office building)[sorry for mixing metaphors].

Schwenzfeier called the meeting “excellent and obviously necessary.” . . .“We have done nothing wrong in our current procedures,” he said.

Reed said the town’s objectives had been honorable. . . .

He noted that The Hartford, with its many well paid jobs, had been considering leaving New Hartford before deciding to locate at the business park.

“If we had lost the Hartford, it would have been a terrible blow,” he said.

A Terrible enough Blow to ignore the requirements of SEQRA?

A Terrible enough Blow to ignore the fact that the office building and parking lot are OUTSIDE of the Business Park District -- and, therefore, subject to Planning Board Approval and not the Approval of the special committee?

The O-D appears to be participating in a smokescreen . . .

Posted by Strikeslip at 5:15 AM

I think the Town Planner knows more than he is saying?

The first thing I thought when I read this was that the O-D was a part of the cover-up. They certainly have a way of swaying (or even omitting) stories based on their opinions and desires. Everyone has and is entitled to their own opinions, but as a news outlet the O-D should be reporting the news and limit their opinions to the opinion page.

The Town Planner is not on the witness stand sworn to tell the truth either. So until the State Attorney General's office looks into the towns activities, I don't think the Town Planner will talk. Has anyone asked the AG office to look into this and other matters?

Kind of why 2 have quit recently.

How intense will the news media – and I am referring to the Observer Dispatch as well as WKTV and WIBX – will be in terms of being aggressive with reporting impropriety when one may be compromising their own spouse? i.e. Town of New Hartford Planning Board Chairman, Jerome Donovan and The Utica Observer Dispatch President & Publisher, Donna M. Donovan. One can only wonder if their dinner conversations revolve around the climate in New Hartford. The question here is what kind of climate am I referring to here?

Strikeslip, have you done a projection of what this has cost us taxpayers here in NH???

keep up the good work...you're a pit bull.