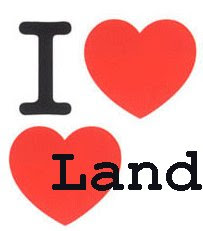 It's official: Greater Utica no longer part of the Central-Leatherstocking Region for New York State tourism.

I suppose it is better than "Central-Leatherstocking" . . . I could never understand using that name for the region (though I recognize the "Leatherstocking Tales" connection) . . . Think about it: They could have named the region "Central-Bloomers" (Utica was once the underwear capital of the world) or "Central-Baseball Cap" (for Cooperstown's Baseball Hall of Fame) or "Central-****kickers" (for farmers' boots) and it would have made as much sense. But just plain "Central" . . .???

Mrs. Mecomber sums it up right:

“Central New York” is so cold and utilitarian.

You would think with all the marketing savvy in this state they could have come up with something just a little warmer to describe our home. Something like . . .

No amount of marketing will help this region. Just call it the Mohawk Valley and be done with it!

But they lumped Binghamton in the region. Heartland-Mohawk Valley, perhaps?

I thought the article announcing the change was a put-on when the reaction of the Griffos and Destitos of the world were so excited they could hardly contain themselves. I can think of few dumber things to get excited about. One finds itr hard to believe that we elect and pay these people.

With all of the brilliant College students we have in this area, one would think someone would have enlisted them with the task of developing a dynamic name for this area to replace the worn “Central Leatherstocking Region.” Perhaps they could have made a contest out of this task much the same as we did for the ingenious Viet Nam Memorial in Washington D.C. But then again the narcissism of our elected officials they would have never fathomed enlisting the public for their input. After all . . . I thought that this area belongs to ALL of us.

"Armpit of the State" would be more fitting.

It’s quite disconcerting to find that the Senator and Assemblywoman are acting as if they are the King and Queen of Central New York. I believe both of them have had their heads in the public trough a bit too long! It takes nerve to disregard the input of those of us who actually reside here. They seem indifferent to our struggle with having to drudge out a subsistence living in an area riddled in economic disaster all while feeding us – with tax dollar sponsored propaganda pamphlets – the fact that they are our only hope for future prosperity. Thanks, but with public officials like ours, who needs enemies?

Griffo & Destito are a perfect example of entrenched politicians. But both will be reelected by local morons who are as clueless as the above who supposedly represent them.

Has Senator Griffo ever done anything other than tax and talk?

Well, he did give us Woodstock. Griffo is one of the boys, ala Boehlert, Meir, Destito, & a few others who sat by while the area's economy went down the tubes. Boehlert was the main culprit who, after being our Congressman for over 20 years took a look at this area & said, "see ya"! Please, let's not name anymore buildings after him! Unless it's an outhouse.

Sherry Boehlert made a legislative career representing what he deemed," the greatest area in the country." Then he retired and left it to spend his pension we paid for on the beaches of Delware. My guess is that he is also no longer a baseball fan. There have been many phony politicians ande he ranks near, if not at, the top.